The GTSC (Greek Tragedy Study Club, University of Tokyo) was founded in 1957 by seven students of the Dept. of Aesthetics, Faculty of Letters, University of Tokyo.
The GTSC’s original purpose was to study the extant works of Greek tragedy, always trying to find <the creative inner form> of each piece which the poet realized as he drew up his materials from the depth of myths. Weekly study meetings of the club with lively discussions encouraged the members to extend their activities to represent the piece in question on a real stage, in order to grasp and show the distinct style of sequent outer forms of the play, i.e. the ideal <Reconstruction of the ancient style>. 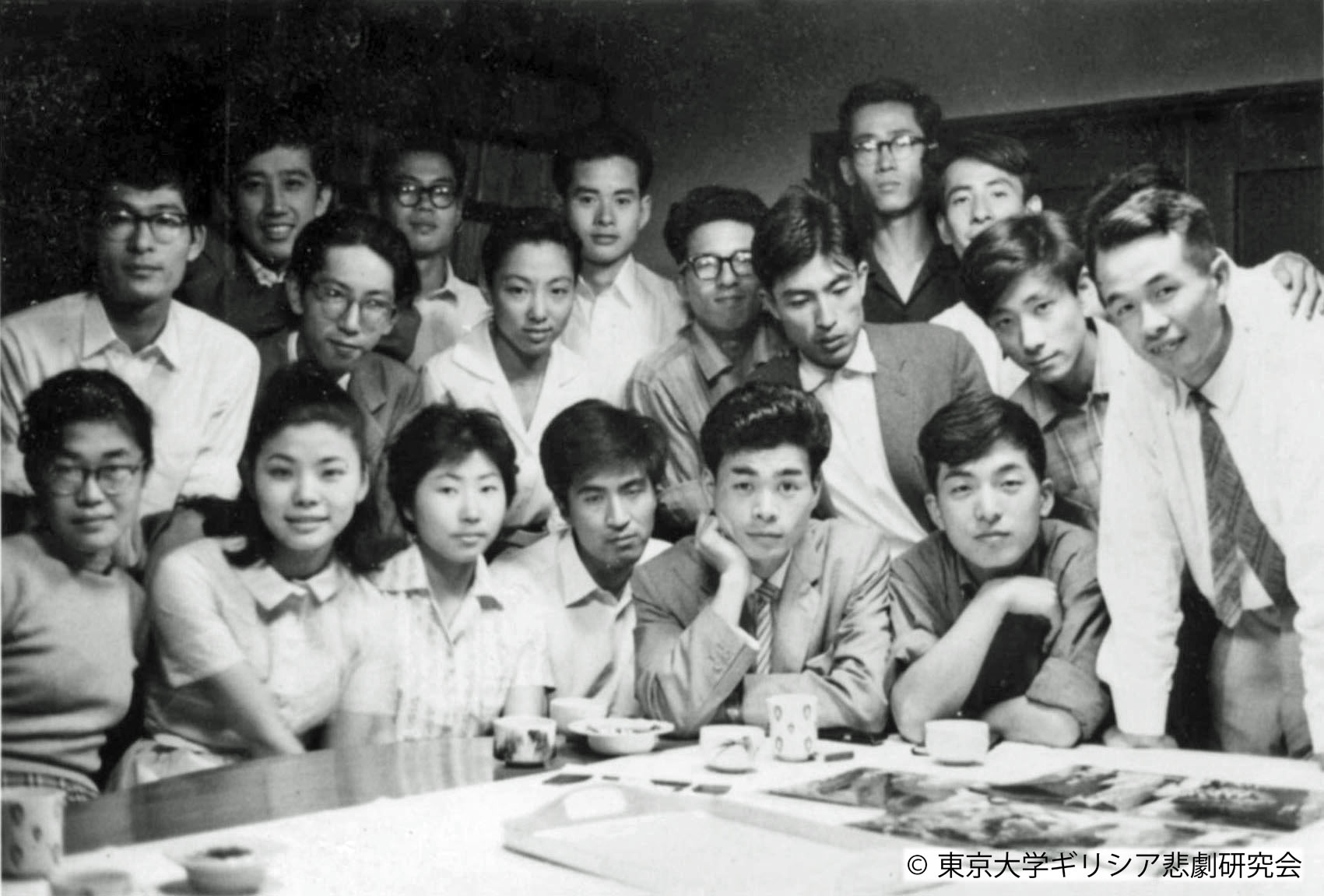 As the number of volunteer-collaborators and supporters increased from inside and outside the university (including the Asahi Shimbun Company), the GTSC undertook its first performance: Oedipus Tyrannus. Preparing the stage production, in fact, the members tried to make a persuasive unity of three cardinal factors of construction: word (the meaning of the play), mask (one and unchangeable countenance of each playing figure) and chorus (political pressure of the presence of unanimous group). This effort built up the history of the GTSC. It began using masks from the third performance onward: since Prometheus Bound in June 1960. 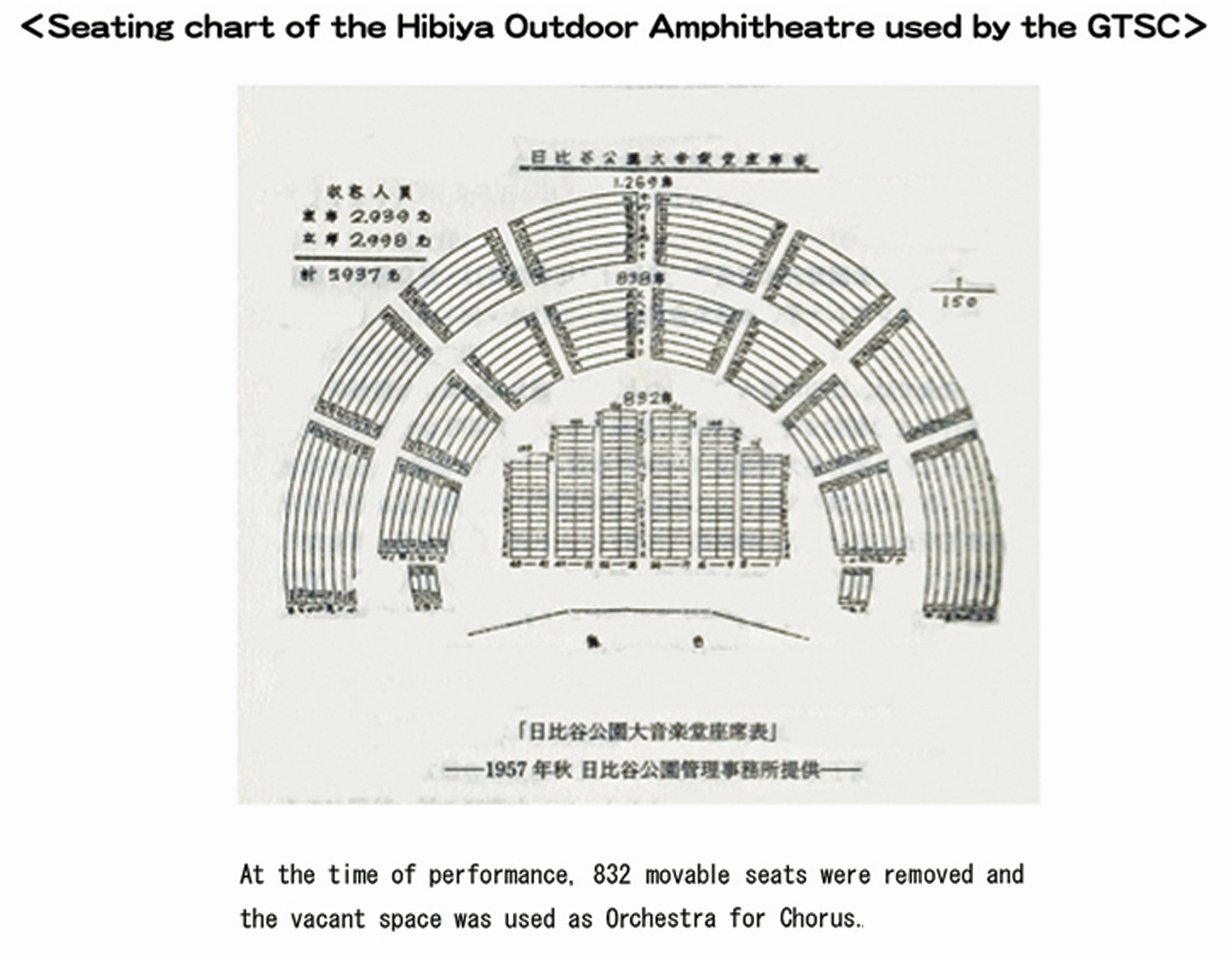 The first performance took place in June 1958 at the Hibiya Outdoor Amphitheatre, Tokyo, where the audience exceeded 3,000 in only one stage.
The number of 2,500~3,000 spectators per one evening was maintained, always at the same venue, until the 9th performance (Bacchae, June 1966). The 10th production (Suppliants, November 1968) was the first realization in daylight at the Den’en Colosseum, Tokyo. The last performance of the GTSC (Seven against Thebes) was held in October 1970 at the Chiyoda Town Hall, Tokyo. 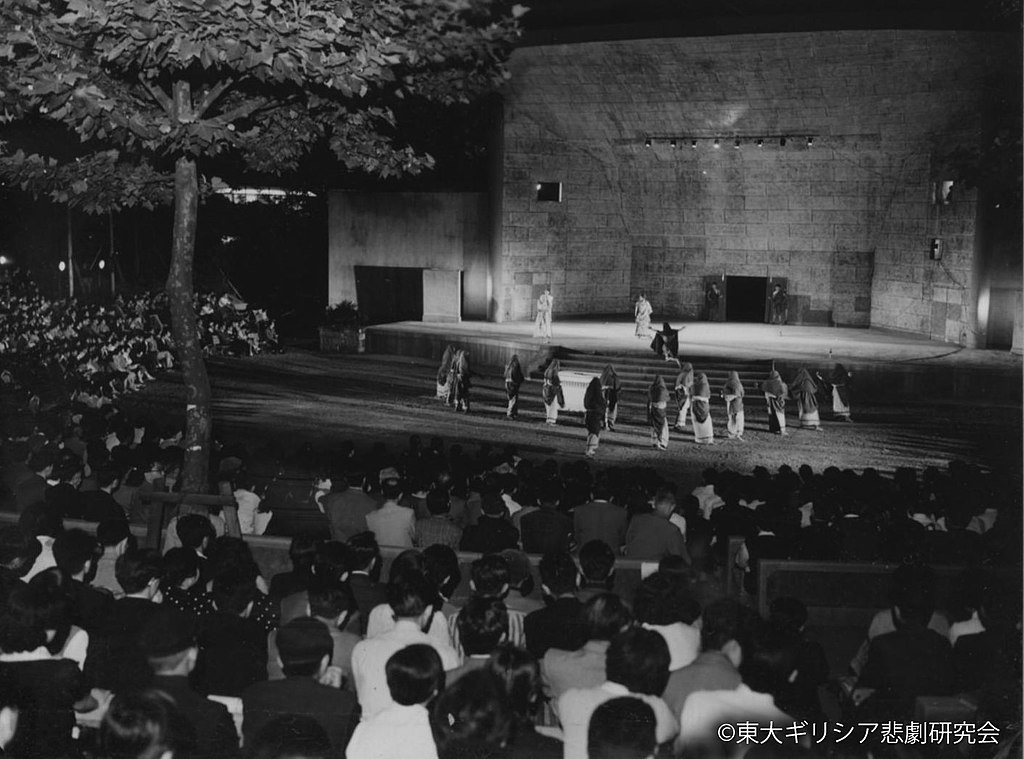 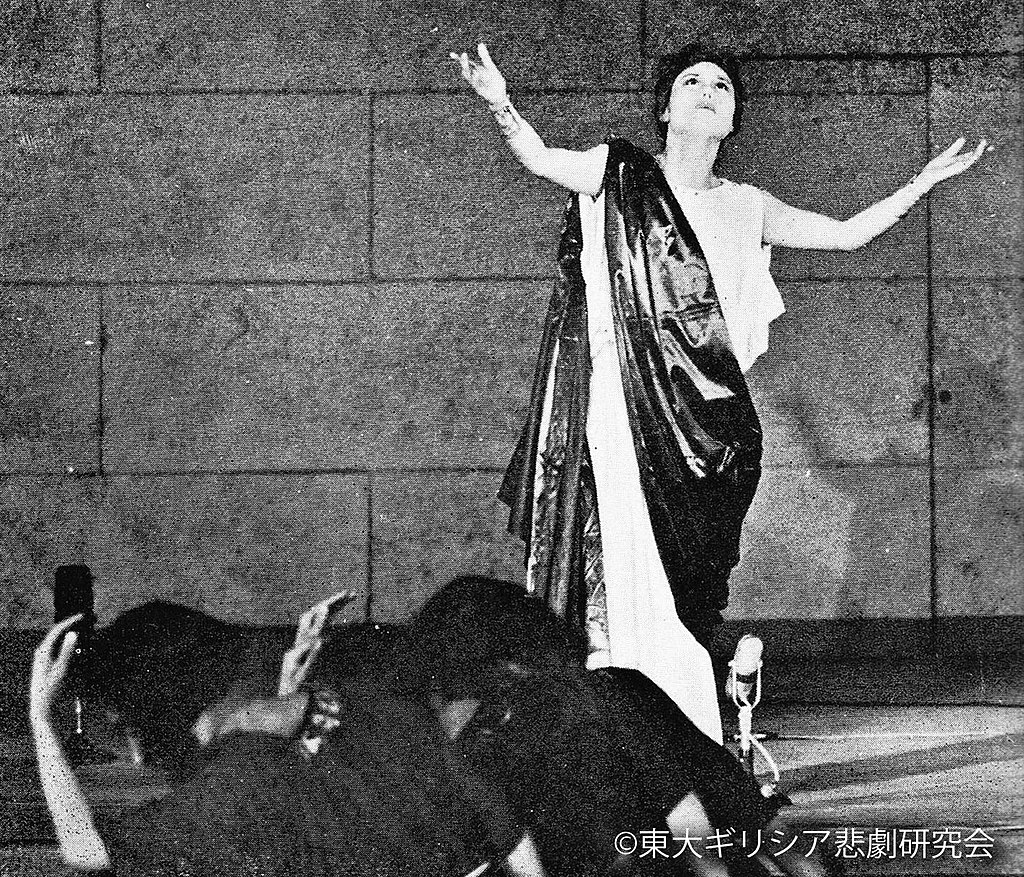 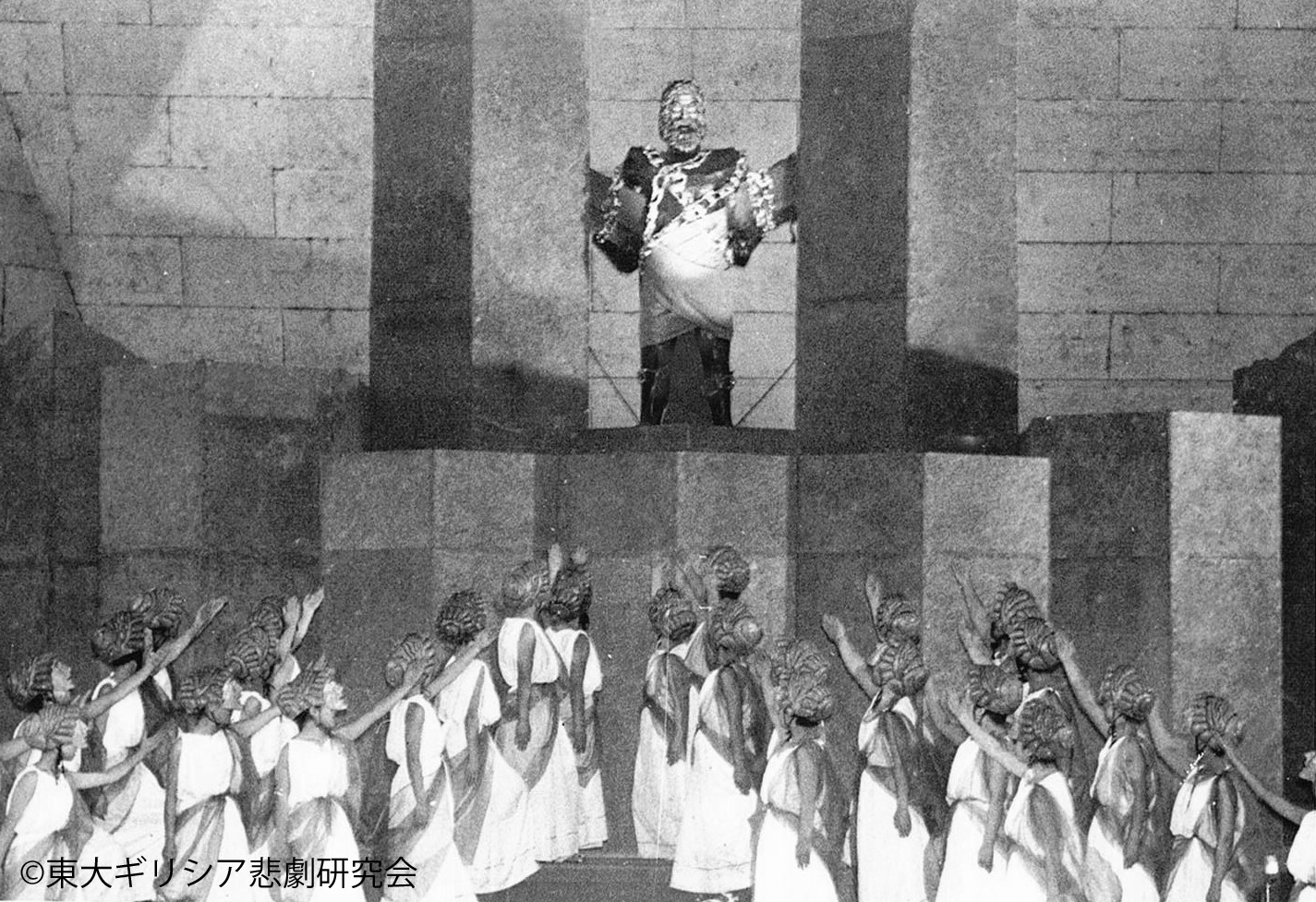 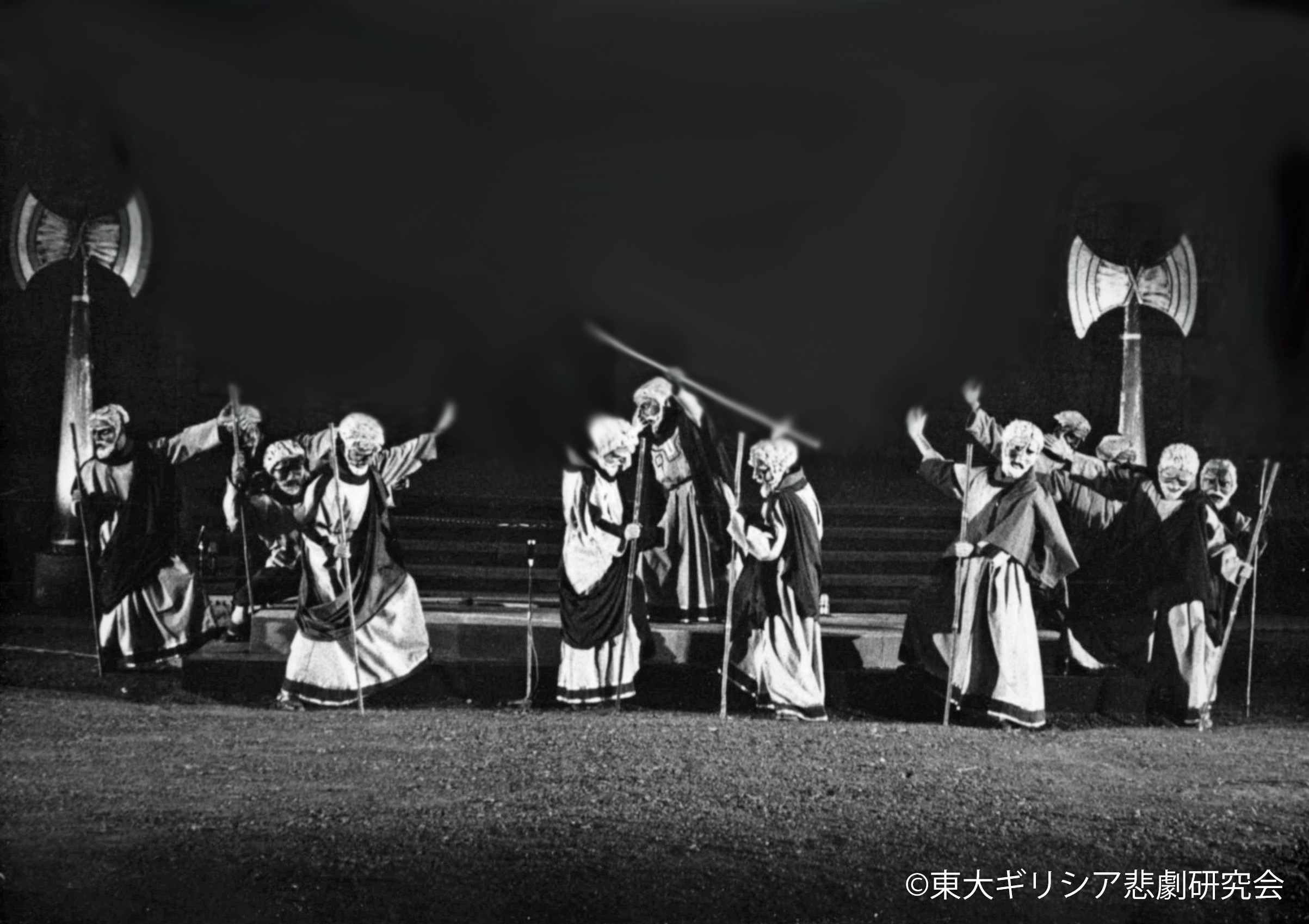 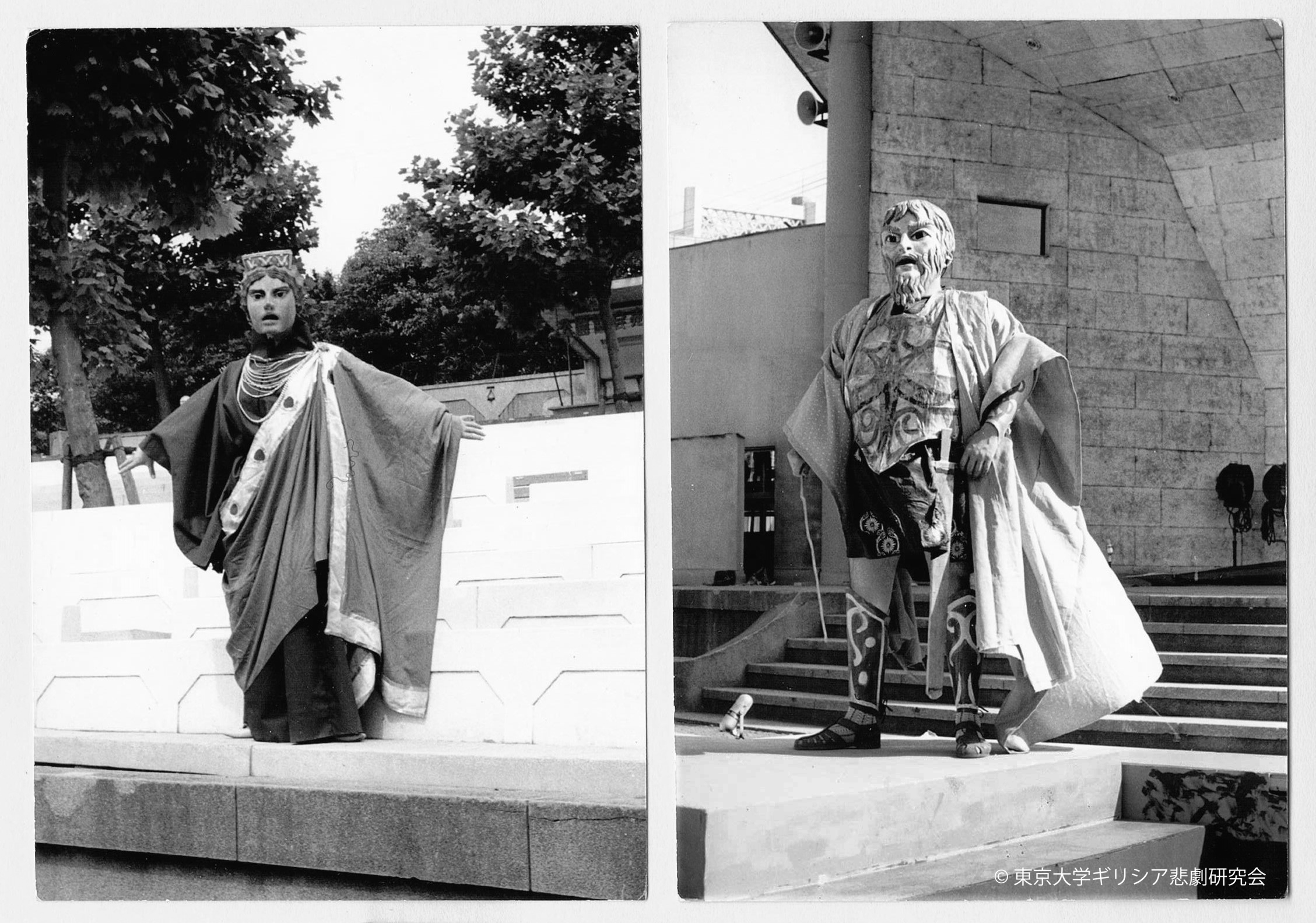 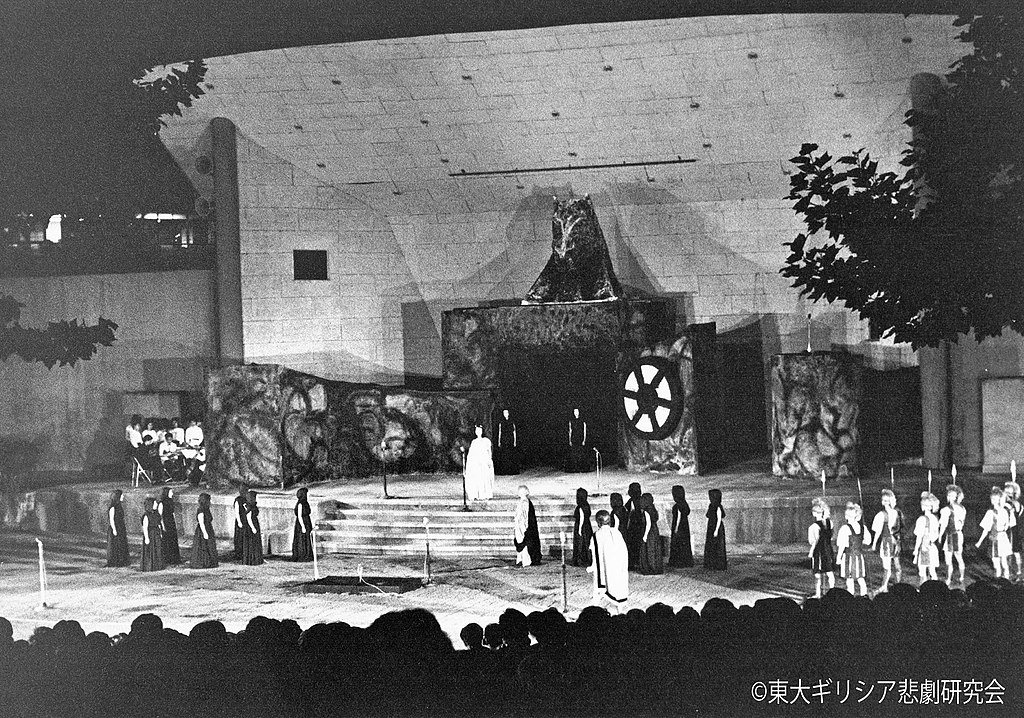 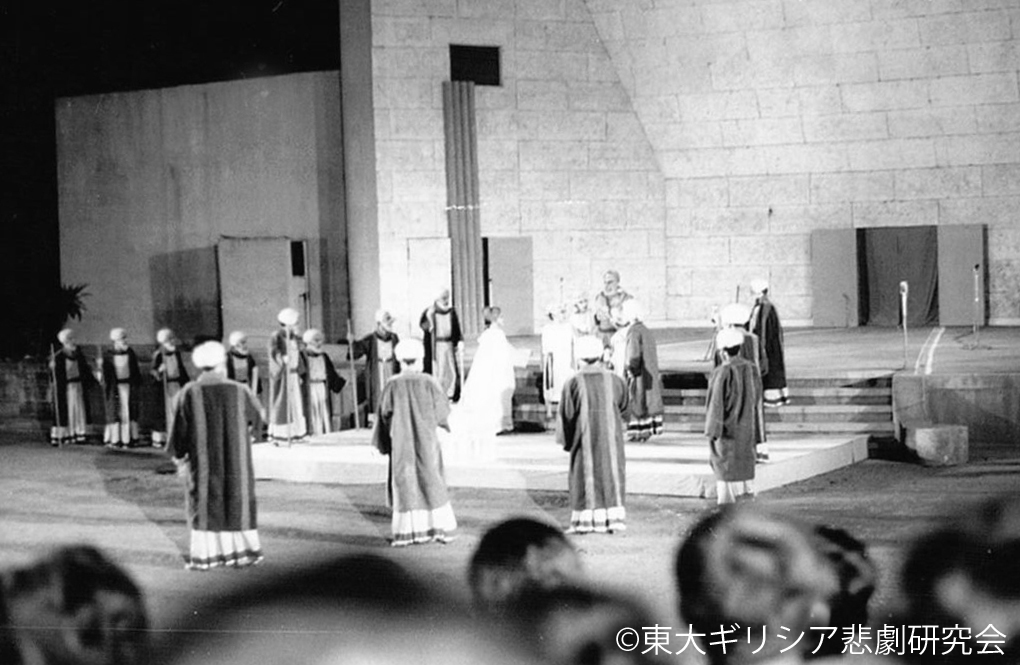 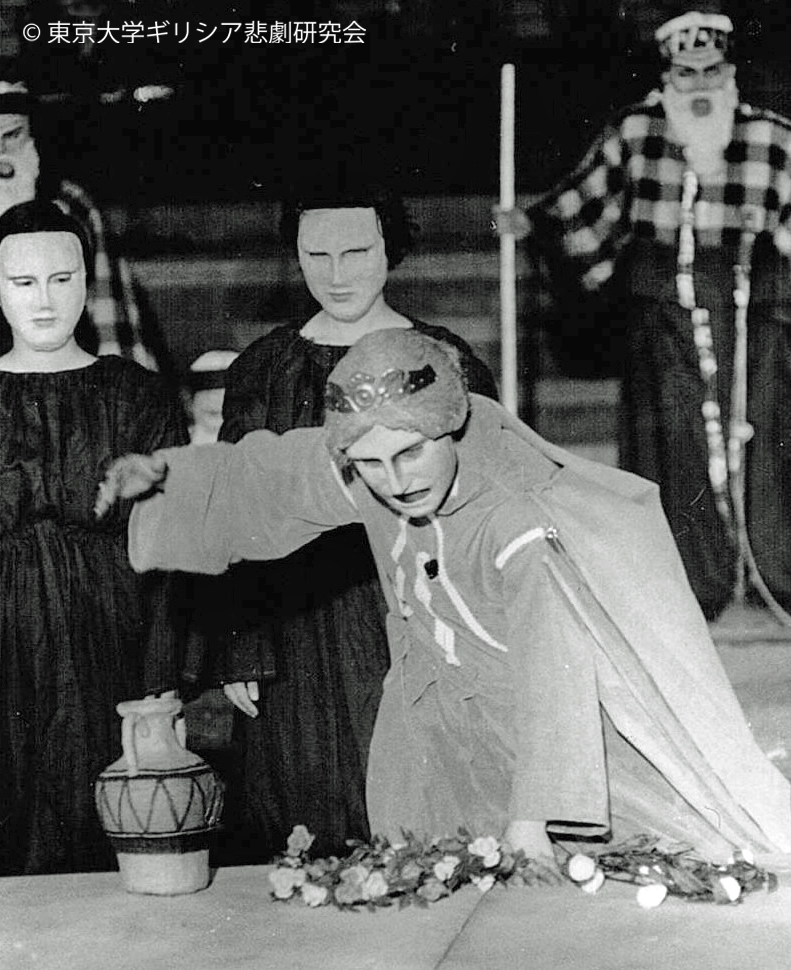 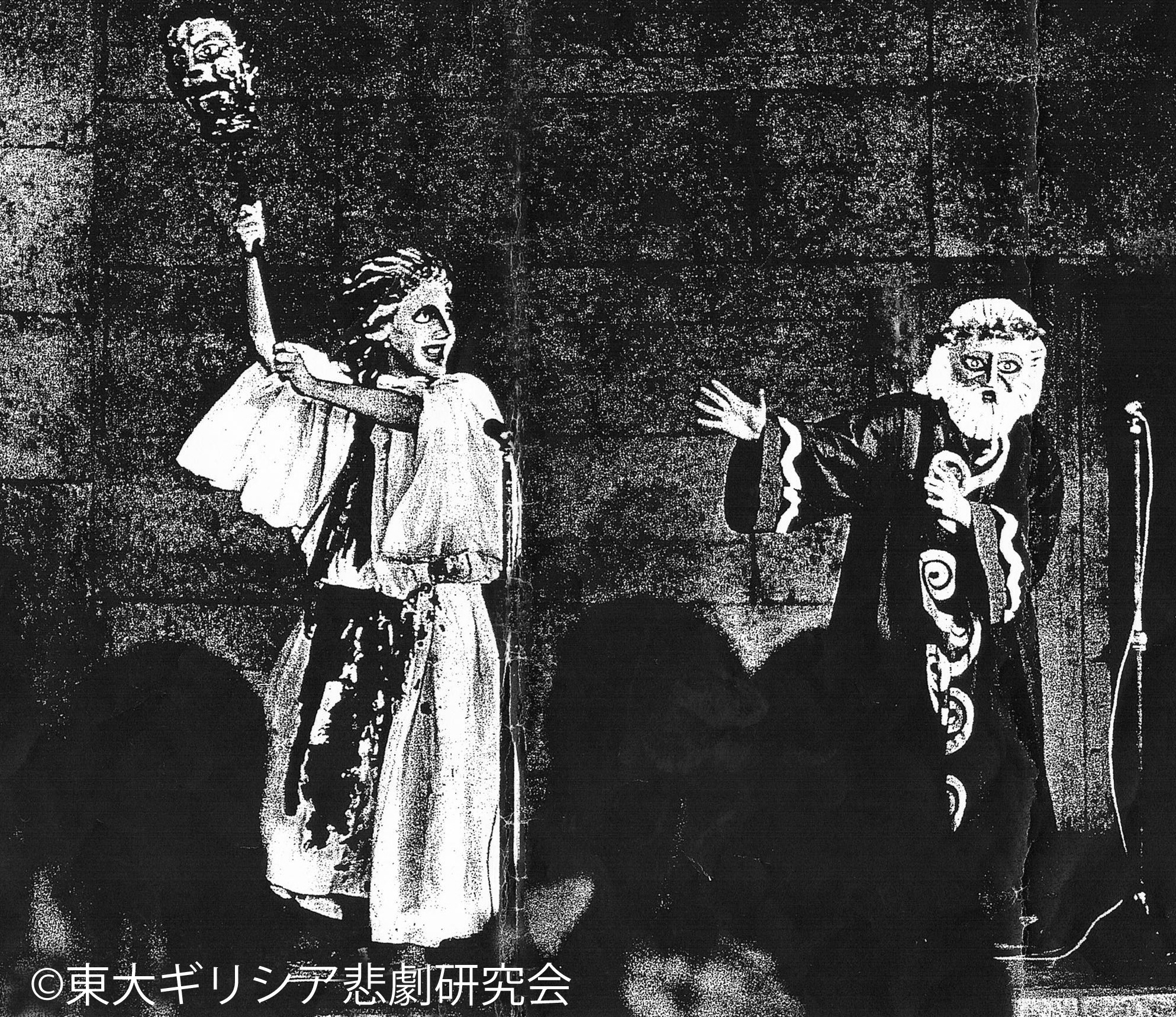 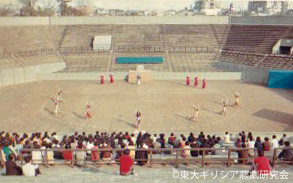 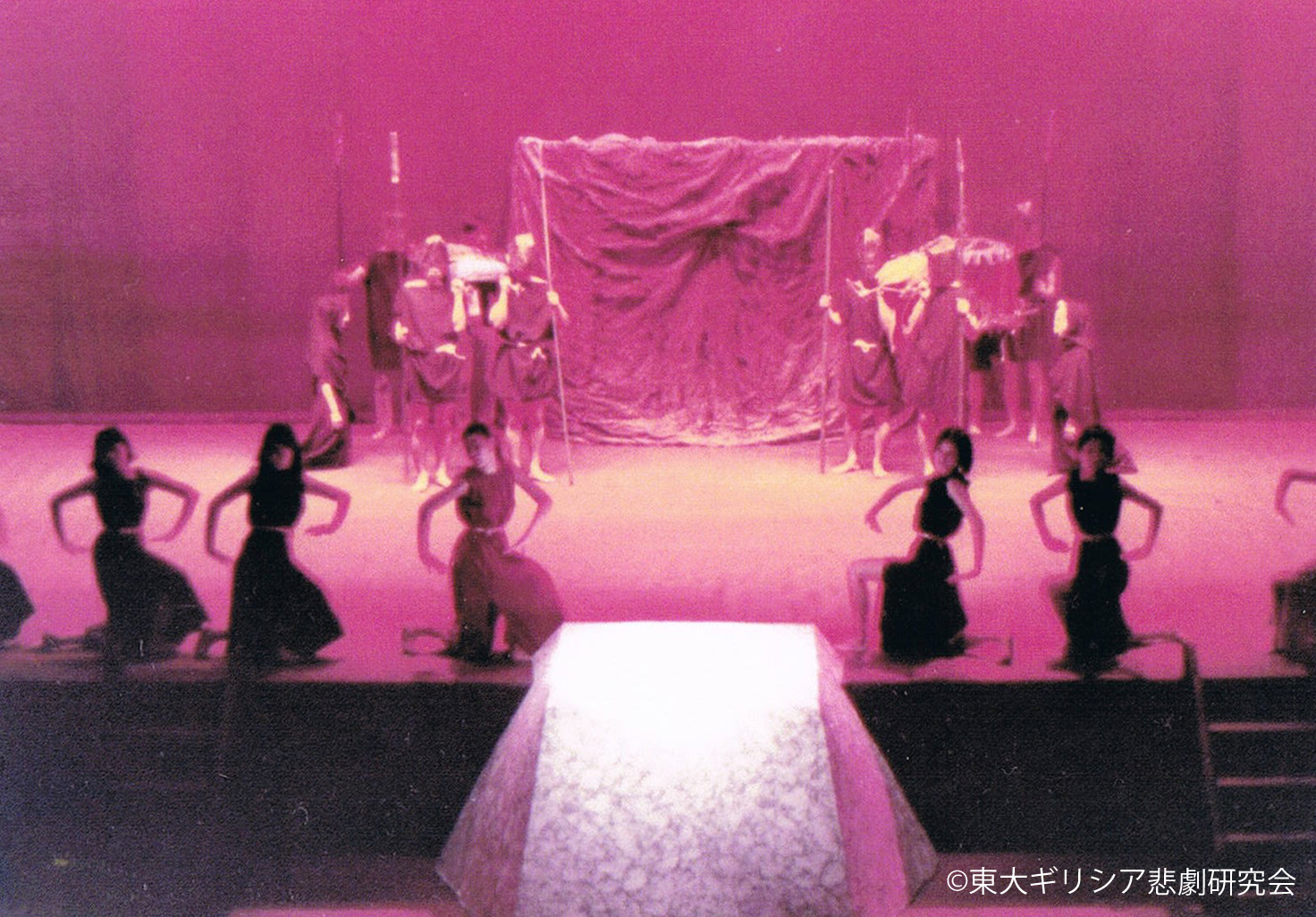 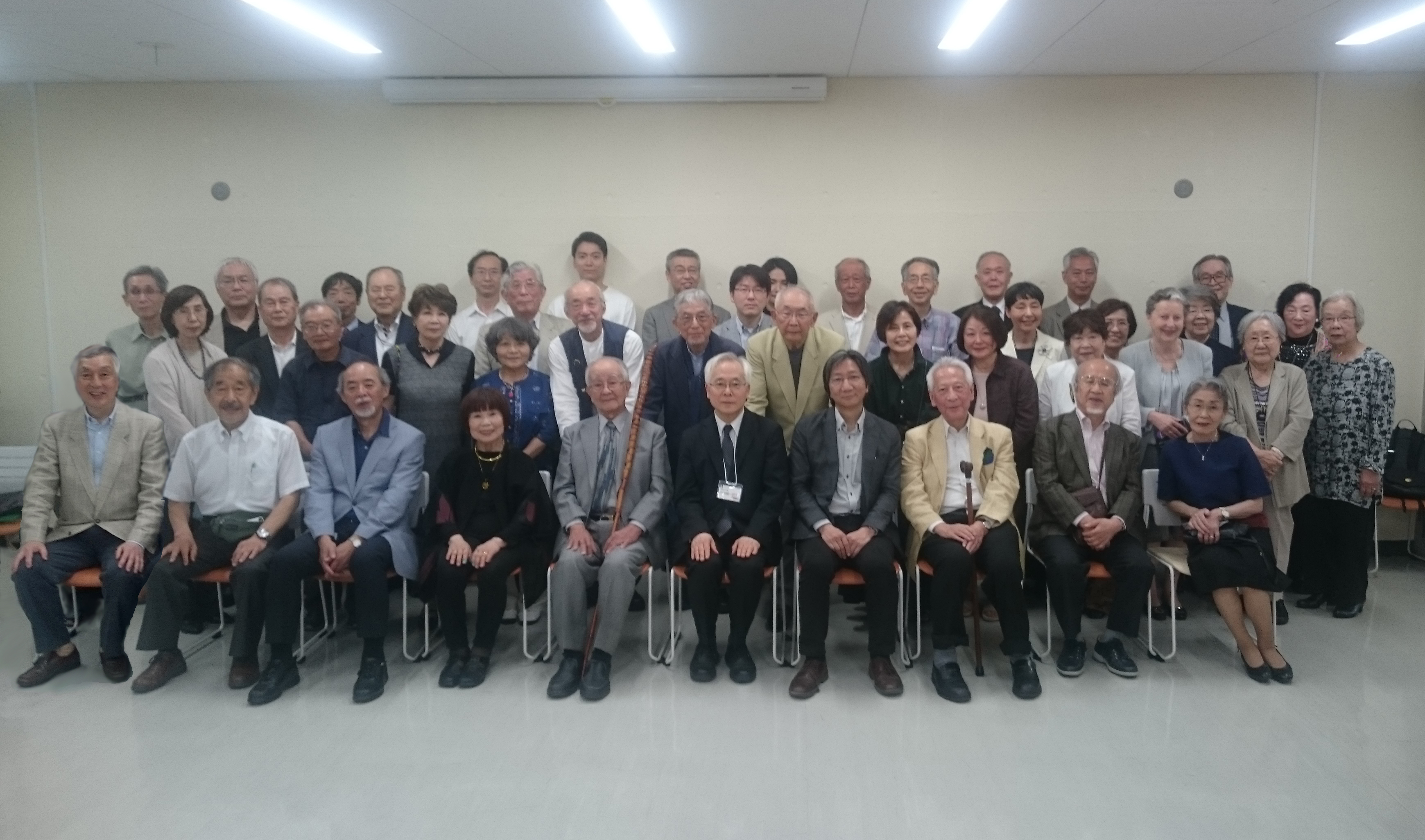